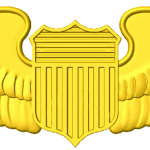 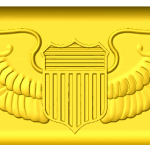 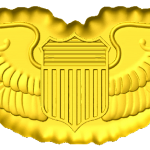 I’ve added the Coast Guard rank to the site.  I’ve also inserted it into the existing combo pack.  I think I’ve emailed everyone who purchased the rank combo pack how to get an update but if you purchased that combo pack and didn’t get an email from me let me know so I can get you the update.

My list is empty right now so if there’s a model you want this is a good time to let me know. 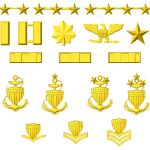 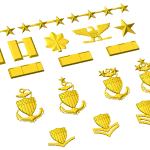 The Navigator Wings model is up and available.  Next up, Coast Guard Rank. 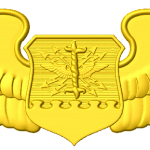 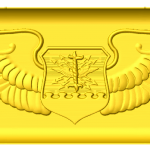 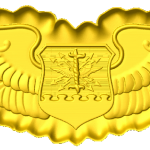 I got a request for US Coast Guard rank and a qualification badge.  It’s past time to have the Coast Guard represented so I have added a page and created the first model, the Cuttermans Pin.  The rank will be along shortly as well, but I’ve got another request I’m going to make first, Air Force navigator wings.  This is the first time I’ll be making a model out of the order I received the requests but in this case the wings are mostly already made. 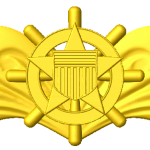 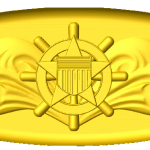 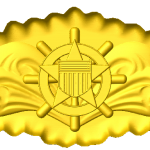 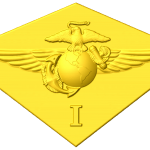 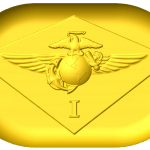 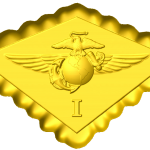 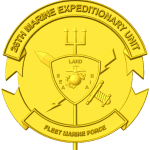 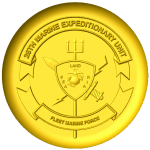 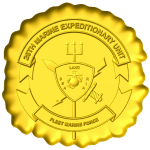 Next up, who knows.  Probably a Navy ship or possibly some other kind of Navy emblem.  I’ll be browsing for something interesting to model, suggestions welcome.

I’ve updated the products page to reflect a change in my other pages.  There are now 3 separate Army pages, one each for DUI, Branch insignia, and qualification badges.  Two Air Force and Navy pages reflecting similar changes there.  The products page now has pictures instead of just buttons and will take you directly to the selected page rather than one page with everything.  Hopefully this will be easier to navigate and make more sense, but frankly I did it to make it easier to add models to the site.

Next up will be a yet to be determined Marine Corps emblem.

The Silver Star model is uploaded and available for purchase.  Nothing currently on my list, I’ll be doing a minor modification to my site.  As usual, if you need an emblem, let me know via the contact form and I’ll get on it. 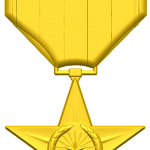 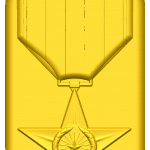 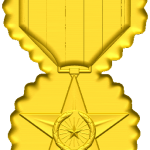 Recently I posted that I disabled comments due to the ridiculous spam/real comments ratio.  Today I disabled user registration all together and deleted about 40 users, most of whom I’m certain were spammers.

If you’re a real person who wants to be registered for this blog, you’ll need to email me via my contact form with the following info for me to manually create your registration:

The reason you want to register for a blog that you can’t comment on.

I’ve added two more models, the Bronze Star and the Army MP Corps emblem.  The MP Corps emblem was actually one I made several months ago and somehow got distracted and never uploaded.  No one had requested it so I got no inquiries about it and didn’t realize until I did a major backup this weekend. 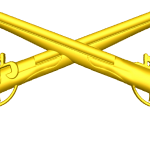 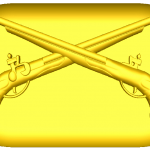 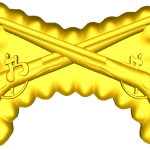 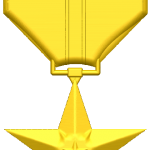 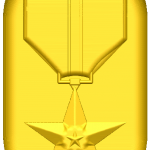 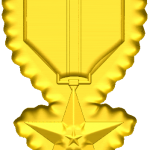 Next up is the Silver Star, then the Ordnance Corps Emblem, then another website semi-redesign.  I’m going to split the Army page into 3 different pages; Distinctive Unit Insignia, Qualification Badges, and Branch Insignia.  It’s getting too crowded and confusing with everything all mixed together.  Eventually I’ll do the same with the Air Force page but so far it’s still mostly DUI.

Air Assault Wings are available for purchase on the site now.  Next up, Bronze Star. 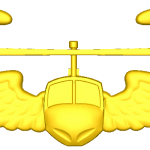 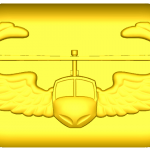 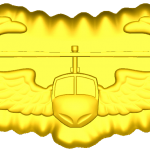