My host is doing an e-mail upgrade between 7pm and 2am today so I’m not going to be getting or sending anything for the duration.  Nathan, your email came through but my reply is stuck so watch this tutorial video while you’re waiting for my reply, it shows the technique for making those leaves. 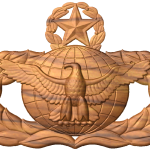 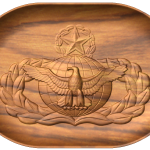 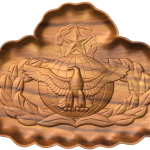 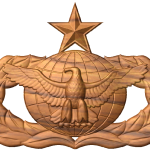 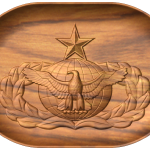 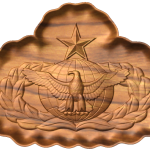 I need to replace my web site.  I don’t like it and it’s getting more and more difficult to update.  I can’t really see putting much time into it while the queue is so big though so it’s just going to have to wait.  On the other hand, I’ve been accumulating models I’d like to offer but they don’t fit my rule about must be a military emblem to go on my main site.  A little while ago, while I was posting about the two I just uploaded, I had an idea to set up a page attached to this blog that I can put those models on.  I’ve made that page and put some models on it.  At the moment it’s a little clumsy and there’s a whole lot more to put up but I’ve just had an idea I think will improve it.  Who knows, maybe eventually I’ll migrate the whole site to this method.

At the moment the only link to that page is in the top menu on the blog, simply click where it says “Other available models”.  Check back often for that page, I’ll be messing with it off and on. 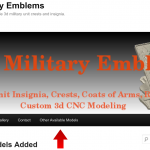 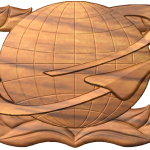 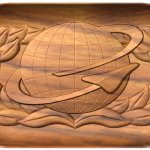 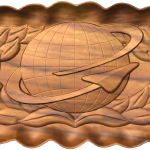 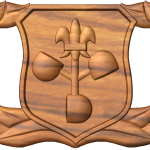 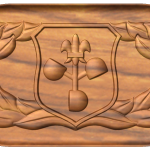 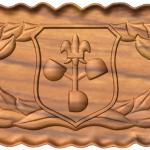 Fire Dept Maltese cross emblem is up.  As with the LDO Mustang emblem this will not be going up on the site so if you want it click here. 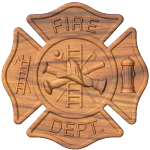 This is a long queue so some of these are going to be December or January before I get to them.  If you have a request in here that you need before that you need to let me know so I can schedule accordingly.

The LDO Mustang model is complete.  It is not suitable for cncmilitaryemblems.com so currently the only way to get it is via this link.  Combo pack only. 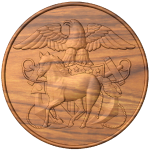 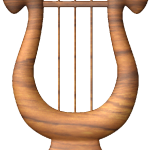 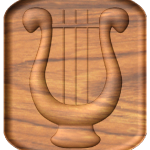 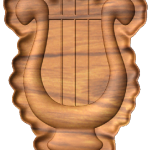 I want to explain what I mean by “semi-custom”.  The LDO Mustang plaque is not an official military emblem but it’s one I’ve been asked for several times.  Hard and fast rule is if it’s not an official military emblem it’s custom modeling, and I charge at least $175 for a custom model.  That’s $175 for a basic model with not much detail.  This is not one of those.  So far nobody has been willing to meet my price for it.  This time though is different.  This time I had been thinking about the new website I want to put up for non-military emblems.  I have a bunch of stuff I’ve made that I would like to offer but I don’t want anything but official military emblems on this site.  There also is the matter of price.  I’m happy with my $25/$50 price structure for the military emblems, and I’m happy taking requests without charging for them.  Any time the queue gets big I get suggestions to charge for requests, or charge for priority, or that obviously since this genre of modeling has turned out to be so popular I could get away with raising my price.  I probably could.  I simply don’t want to.  Could that change in the future?  Sure, but for right now that’s where it is.  This other stuff though, is a different matter.  It’s going to be priced on the same basis as custom modeling, how much time I spend on it.  Not as much since I’ll be offering it for general sale where custom is confidential between me and the buyer, but not necessarily $25/$50.  For instance, the M4 in my free sample is not a $25 model, that thing took me two weeks to make and I took pains to make it as accurate as I could.  Anyway, I’m rambling, so I’ll cut to the chase.  The LDO Mustang plaque will be available on another site at some point but will not be $25.  If you want something that I have but don’t offer on this site, e-mail me and we’ll see if we can work something out. 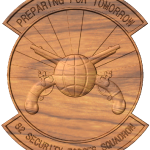 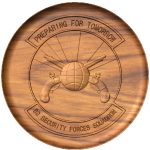 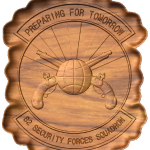 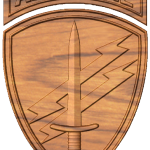 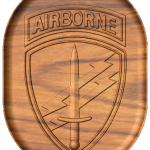 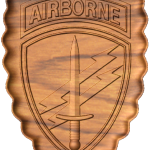